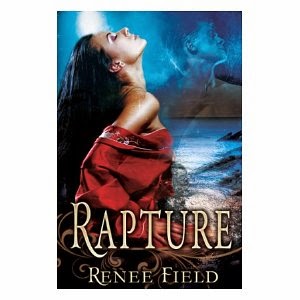 Mermen aren't real. That's what biologist Jamie Winters thinks until a gorgeous Greek god enters her life and drowns her, forcing her to rapture into a Siren. Used to logic, she can't quite come to terms with Seth Cutter's magical undersea realm or the fact that he's a macho Titan.

Being a Siren causes Jamie's hormones to go into overdrive, which isn't good when she realizes that's exactly what Seth was hoping for. Sure, the sex is out of this world, but she's not about to change her character.

As Prince of the North Seas, Seth is used to having his commands followed. A decade of exile on land was easier than having to deal with the sexy-as-sin Siren who tips the scales of his existence and doesn't listen to one word he says.

They must overcome their prejudices to recover stolen relics that are key to the undersea kingdom, stop a deadly plague and destroy an underwater diva who wants to rule the roost. Are they two souls destined for each other or will the Fates decide otherwise? Seth knows firsthand, Fate can be a bitch.