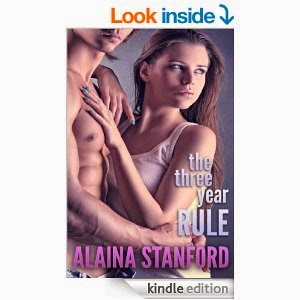 When renown psychologist and best selling author Elizabeth Stewart first noticed Joshua Miller standing at the back of her audience she thought the tall, muscular man dressed like a lumberjack was in the wrong room. Little did she know, Joshua would defy everything she ever wrote about relationships. Little did she know, he was also the key to her survival.

Elizabeth spent her entire adult life avoiding a serious relationship. As the leading written authority on relationships she couldn't afford a failed relationship so she kept her liaisons casual and short term.

When she hired Joshua to build her mountain home deep in the Utah mountains she found herself attracted to the muscular, rugged construction magnet. Used to dating CEO's and even Heads of State, Josh was unlike anyone she'd met before.

This laid back, sexy man challenged everything she believed in especially the three-year rule she had sold to the world that insisted everyone has a fake or pseudo personality they displayed to their new lover that hid their inner self and sheltered their secrets. Her belief that you must date someone for at least three years before their true personality was revealed was being shattered by a down to earth modern day mountain man.