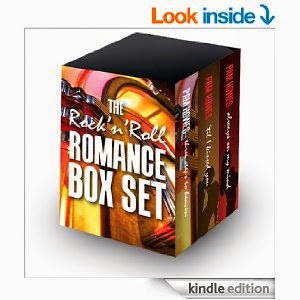 Take a trip down Memory Lane with the first three novels in the series about The Raiders chart-topping rock band and their lives and loves, spanning forty years. Now available in this box-set at a very special price. Individual books have many five star reviews.

All books can still be purchased individually.

DREAMBOATS AND PETTICOATS FANS WILL LOVE THE ROCK'N'ROLL SERIES.