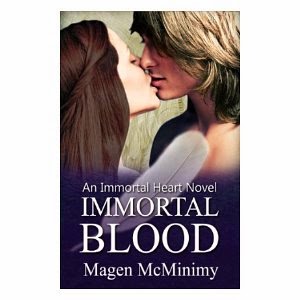 A perfect night on the town turns out to be her worst nightmare. A date with a handsome man is the catalyst for events that she thought only happened in fairy tales. Thrust into a world of danger, Isabelle has no idea what is in store for her as the Light and Dark Fae fight over her future.

Isabelle Moreno is a young woman working her way through life, finding little time for love and adventure. Until she agrees to a date with a mysterious stranger, only to find out the secrets this man holds are something she could have lived her entire life without knowing. The Dark Fae Luck Eater has found something enticing in Isabella’s humanity.

Bain is an arrogant playboy and an Immortal Light Fae Warrior. He and his four brothers fight for the safety of the human race while remaining something of myth. After weeks of tracking the Dark Fae Luck Eater, Bain comes across yet another victim, in Isabelle.

Bain has finally found his match in this feisty human as she fights against him and her ever growing attraction to the Immortal who is bound to protect her.