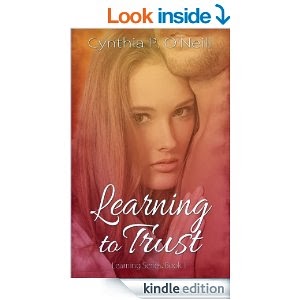 ***Due to strong sexual content and language, this book is suitable for mature audiences only. Ages 18+***

When Garrett Andrews finds something that catches his eye, he goes after it, letting nothing stand in the way of what he wants to possess. The first woman to arouse his heart could be the one person who helps him to finally open up and feel again.

Laurel Hart was a swimming champion until a frightful event and unknown health issues derailed her career. With a recent degree from MIT in Bio-Medical Engineering and an offer to join one of the leading innovators of medical equipment in the world, she plans on making a new life for herself; letting nightmares from her past stay in the past, or so she thinks.

Neither of them wants to date, but she finds herself drawn to him and Garrett uses every excuse to be near her. Laurel’s afraid to let anyone get close, but finds solace in his arms. Garrett is finally able to be himself around someone. Together, they discover a connection that manages to soothe both their souls and starts opening them up to new possibilities.

Once Garrett finds out about Laurel’s past, all rules in regards to "relationships" are changed, because one false move could drive her away. He attempts to calm her nightmares and gain her trust so he can show her who he really is and the relationship he desires from her.

Will they be able to overcome the damage their hearts have encountered? Can they find happiness? Can they trust their minds or will life throw each of them another curveball? Only time will tell if they can learn to trust.

PURCHASE AT AMAZON!
Posted by Cheryl at 10:43 PM