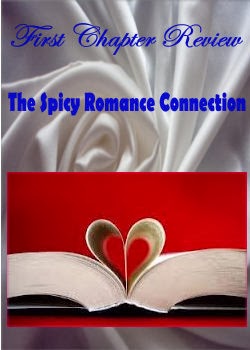 I downloaded this book for free in November. This historical romance was originally published as Guilty Kisses. 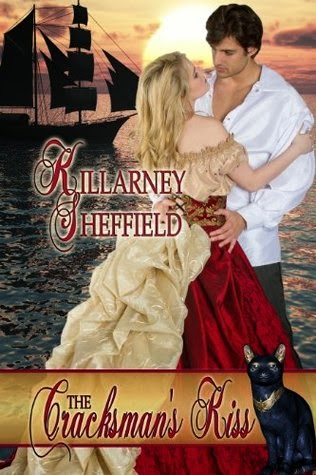 BLURB:  When Lady Cassandra is visited by a thief in the dark of night, she finds her body awakened in a way that her husband's touch has never stirred her desires. However there are consequences for even a brief stolen night of passion that leave Cassie in dire straits. She turns to the only one she thinks can help her...but will he come before it is too late?

Comte Cohen Ashton's mission is to retrieve a priceless artifact and return it to its former country of origin. He doesn't expect to have his heart stolen by his sworn enemy's lovely young wife or to discover a treasure of his own making that is more valuable than any other.

In the midst of a war between England and France, they struggle to deal with their sins and outside forces that threaten to destroy them. Can love prevail or will they be forever torn apart by the cracksman’s kiss?

COVER:  Historical romances often have glorious covers and this one is no exception. This gorgeous couple appears to be very taken with each other, and based upon posted reviews there will be some steamy sex scenes between them.

FIRST CHAPTER: Being the dutiful daughter, Kassandra is marrying a wealthy, older earl to help support her family and her father's village parish. Though she is not marrying for love, Kassie hopes she can convince her husband to love her. But their first night together doesn't leave her much hope for that.

KEEP READING: Sheffield definitely knows how to draw the reader in. A young woman feels a duty to help support her large family and their village parish by marrying an earl who is a great deal older than she is. If she produces an heir within the first year of their marriage, her father's parish will be greatly rewarded by the wealthy earl.

There are several things I enjoyed about this opening chapter. The parents are likable. Kassie has a close relationship with her father and her mother, though perhaps disillusioned by the earl's wealth, feels she is doing well by her daughter. Sally, Kassie's Lady's Maid, is introduced, and looks like she will be a good friend. Sheffield is quick to set up the conflict and provides the right amount of description and details to capture the era in which the characters live. All this encourages me to continue to see the introduction of the hero and discover the rest of the story.

Note: The character was introduced to the reader as Kassandra/Kassie, which is why I used that spelling for my review instead of what is in the blurb.

This review contains my honest opinions, which I have not been compensated for in any way.
Posted by Cheryl at 9:46 AM