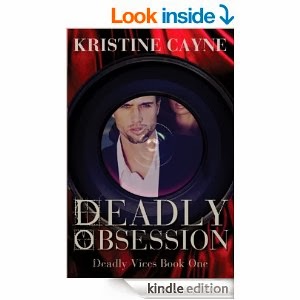 When an Oscar-winning movie star meets a department-store photographer...

Movie star Nic Lamoureux appears to have a playboy's perfect life. But it's a part he plays, an act designed to conceal a dark secret he carries on his shoulders. His empty days and nights are a meaningless blur until he meets the woman who fulfills all his dreams. She and her son are the family he's always wanted--if she can forgive a horrible mistake from his past.

Lauren James, a widowed single mother, earns barely enough money to support herself and her son. When she wins a photography contest and meets Nic, the man who stars in all her fantasies, her dreams, both professional and personal, are on the verge of becoming real. The attraction between Lauren and Nic is instant--and mutual. Their chemistry burns out of control during a photo shoot that could put Lauren on the fast track to a lucrative career.

But an ill-advised kiss makes front-page news, and the lurid headlines threaten everything Nic and Lauren have hoped for. Before they know what's happening, their relationship is further rocked by an obsessed and cunning stalker who'll stop at nothing--not even murder--to have Nic to herself. When Nic falls for Lauren, the stalker zeroes in on her as the competition.

And the competition must be eliminated.

PURCHASE AT AMAZON!
Posted by Cheryl at 3:33 PM