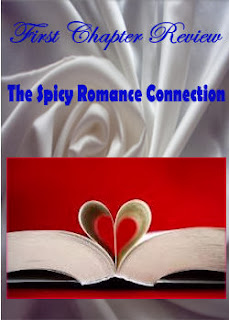 I've featured this holiday novella at my blog a couple of times in the past: the cover reveal and the book blitz. Today, I'm reviewing the first chapter, which I downloaded as a sample for my Kindle. 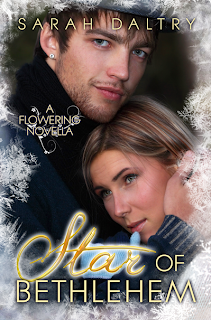 Jack and Lily have navigated his past, her desire to move on from her family’s demands of her, his depression, and her loneliness. Now, on New Year’s Eve, they have an entire year laid out ahead of them. First, though, Jack needs to meet Lily’s family, to be welcomed into her life. It’s intimidating, but with a sweater that is way too hot and his grandmother’s ugly car, he arrives at Lily’s gleaming house on a hill, ready to open himself up completely to her.

Inside the perfect, sparkling house, Lily waits for the boy she has come to love. But Lily’s house and family are a lot like her – shiny and pretty on the outside, with a sad emptiness on the interior. Lily wants to give Jack the one thing he has always dreamed of – family and love – but can she keep him from seeing how hollow a lot of the picture perfect life he fantasizes about really is?

This is a novella length work that follows Forget Me Not and Lily of the Valley.

COVER: This is a beautiful cover. The frosty branches outlining the young couple are a nice touch. He's looking right at you, while the young woman is looking off in the distance. Makes you wonder what the story is here. I like the color and style of the font, too.

FIRST CHAPTER: It's New Year's Eve and Lily is anxiously waiting for Jack to arrive at her house to meet her family at their annual New Year's Eve family get-together. Jack, on the other hand, has anxieties of his own.

KEEP READING: The sample didn't make it clear if chapter one is from Lily's point of view and the second chapter is from Jack's, or if both points of view are different sections of the same chapter. Either way, I decided it is important to share both.

Lily makes me chuckle because she's such a jumble of nerves. She's just come off this relationship with Derek and her parents decide this huge family party is the perfect time to meet Jack. The author kept the number of characters we meet in this opening chapter to a minimum--Lily, her mom, her brother, and only mentions of Jack, Derek, and Lily's best friend Abby. The reader quickly gets caught up in Lily's anxiety and is eager to continue.

Then comes Jack. You quickly learn he and Lily aren't from the same social class. He invests in some new clothes to meet her parents, has to borrow his grandmother's old clunker, and is stunned by all the elegant Christmas decorations in Lily's town. Other than the fact that every other word is the F-word, his section is funny.

Daltry doesn't waste any time setting the scene for this story or in letting the reader know what the conflict is. Star of Bethlehem appears to be light and funny, moving along at a good pace. I'm definitely curious to know more.


All Romance: All Romance: https://www.allromanceebooks.com/product-starofbethlehem-1329604-149.html

Sarah Daltry writes erotica and romance that ranges from sweet to steamy. She moves around a lot and has trouble committing to things. Bitter Fruits is her first full length novel. Her other two novels have already been released. Forget Me Not and Lily of the Valley are simultaneous perspectives in the New Adult contemporary romance series, Flowering. Sarah also has three novellas (including Star of Bethlehem, part of the Flowering series) and several short stories available. She is currently working on Immortal Star and Daughter of Heaven in this series, and Orange Blossom, another novel in Flowering . When Sarah isn’t writing, she tends to waste a lot of time checking Facebook for pictures of cats, shooting virtual zombies, and simply staring out the window.


I downloaded a sample of this book to my Kindle. This review contains my honest opinions, which I have not been compensated for in any way.