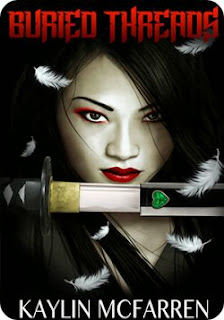 Rachel’s mouth sagged. “You mean you’re really a monk? But how’s that possible? You’re not even wearing a robe, and your hair…”

Rachel Lyons and Chase Cohen work together as the successful owners of a treasure hunting company. But a seemingly simply assignment – to track down a priceless gem that is believed to buried in a shipwreck deep within the Sea of Japan – takes a starling, and dangerous, turn.

Faced with a monk’s dark prophecy that a natural disaster will soon strike Japan, killing millions, Rachel and Chase must embark on the mission of a lifetime in order to uncover the three cursed samurai swords that can avert the catastrophe.

Chaos ensues as their adventure takes them from shark infested waters and creepy caves to haunted hidden tombs and a confrontation with Yakuza gang members.

Time is running out as the prophecy’s day of reckoning draws near. Will Rachel and Chase succeed before disaster strikes? 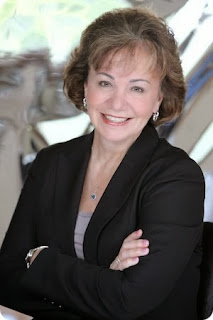 Kaylin McFarren is a California native who has enjoyed traveling around the world. She previously worked as director for a fine art gallery, where she helped foster the careers of various artists before feeling the urge to satisfy her won creative impulses.

Since launching her writing career, McFarren has earned more than a dozen literary awards in addition to a finalist spot in the 2008 RWA Golden Heart Contest. A member of RWA, Rose City Romance Writers, and Willamette Writers, she also lends her
participation and support to various charitable and educational organizations in the Pacific Northwest.

McFarren currently lives with her husband in Oregon. They have three children and two grandchildren.


Pump Up Your Book and Kaylin McFarren are giving away a $100 Amazon Gift Card/Paypal Cash!
Terms & Conditions:
• By entering the giveaway, you are confirming you are at least 18 years old.
• One winner will be chosen via Rafflecopter to receive one Amazon Gift Card or Paypal Cash.
• This giveaway begins October 7 and ends December 31.
• Winners will be contacted via email on Monday, January 3, 2013.
• Winner has 48 hours to reply.
• Only U.S. citizens can win the Kindle Fire.
Good luck everyone!
ENTER TO WIN! 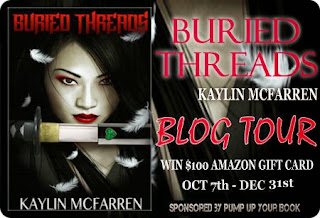