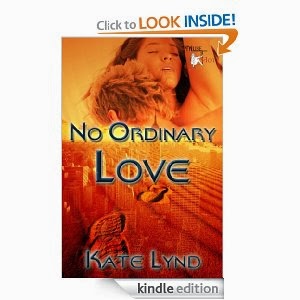 A human rebel against the Capturian Forces, Caliope was enslaved for five years and tortured. She never expects to meet James, a half-breed too human for his own good.

Their connection is electric.

Their love is forbidden.

Their daughter may be Earth’s only hope.

When I woke I was in a small room, naked except for the salves on my skin and a warm blanket wrapped around my body. I looked around. James was sleeping in a chair next to the bed with a shotgun at his side. I tried to sit up and his eyes flickered open.

His nearness was enough to make me yearn for his touch. Relationships between Capturians and humans were taboo by their very nature. But James himself was an anomaly. He was the offspring of a Capturian Master and his female human slave. He never talked about it, but I knew it left him with a bitterness and heaviness that not even the oldest of human survivors had.
He’d been a guard on the slave ship I’d originally been sent to, early on in the fighting. The ‘experiments’ had been torturous. During my first six months there, they tried to break me. Every night I was in tears. Angry, bitter, terrified tears. When I slept there was no relief, either, as I was haunted in my dreams by the things they had done to me in the day time. Eventually I lost all sense of time or place. I was about to fall on my sword when James was assigned to watch me and make sure I didn’t rally the other human slaves. Instead of plunging me into utter darkness and suspending me in air, he’d come to me, that first night, and held me through it.


PURCHASE AT THE MUSEITHOT BOOKSTORE OR AMAZON!
Posted by Cheryl at 12:00 AM