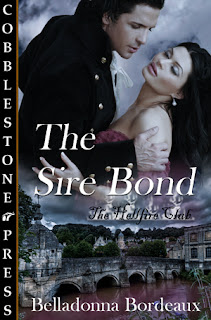 There’s a new vampire in London. One he can’t resist. One he must avenge.

Joseph Hutton, the Governor General of all vampires residing in London is at his wit’s end. A new vampiress is living in his district and dodging his every attempt to meet with him. Finally cornering her at a debutant ball, Joseph is stunned to discover his new minion is a young woman he met over a century ago. A woman who was destined to be his mate.

Tormented by her creator, Elspeth Moore, never understood why Robert de Belesme made her a blood-sucking nightwalker. The truth is that she is a pawn in a feud nearly a millennium old. She’ll put all her faith in Joseph because she has no recourse but to. He must break the sire bond or destroy her.