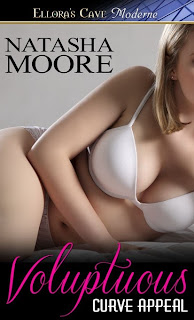 When Meredith is stood up by another blind date, she hooks up with sexy coworker Sam at the local bar. She’s drooled over Sam for months, but getting to know him better in a back booth makes her wish guys like him want to stick around.

Sam’s been attracted to Meredith’s lush curves, bright-green eyes and throaty laugh ever since he met her. Sharing drinks, bad-date stories and sexy innuendo makes him like her even more. But her lousy one-night stands have convinced her she’s not worth a second glance. Spankings and a little bondage just might help the voluptuous Meredith understand that not only can they share adventurous sex and pizza at midnight, but a future together as well. 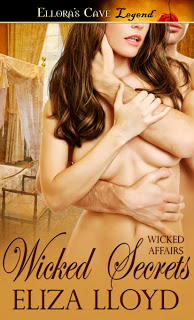 Alizabet: Eight months ago, I married the most wonderful man. I am utterly devoted to him, except I am unable to provide for him in the way men need. While in Paris and away from Charles, I learned something new about myself—I am stronger than I think and there are other men who desire me. But those aren’t my real secrets. I must have him. He is all that I have dreamed.

Charles: I would be considered a cad if I admitted to an affair. After I confessed to Alizabet, all the sins of the past started to unravel. Might I say it was a good thing, since I found out why my alluring and unattainable wife is not my lover? We belong together. When she is in my arms, I want no other.

Inside Scoop: This nineteenth-century story contains dubious consent and references to rape, although no rape scenes are depicted. 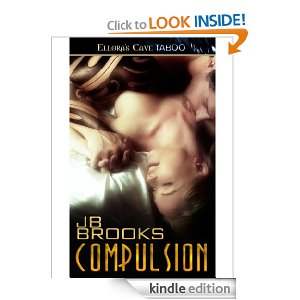 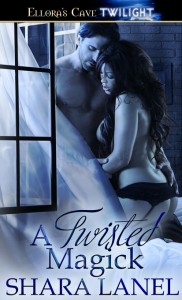 Shylah, a small-town teacher, has put her arcane history behind her, until two students are murdered occult style. Her Wiccan religion is outed. She loses her job and deals daily with ridicule. The obvious thing would be to leave town, but she refuses—she’s innocent.

Gabriel is a PI from California dealing with his aunt’s cold shoulder. She wants him to fly to Virginia to solve his cousin’s murder, but he doesn’t have the money or the time until he breaks a big case he’s been working on. Now his cousin’s case is three months cold with one hot witchy suspect and no proof. As soon as he sees Shylah, he wants her, for a lot more than just questioning.

Gabe has the power to make Shylah’s insides melt and her judgment fade. She knows he can bring her down if he discovers the twisted magick of her past, but every time he touches her, she can’t say no. She needs to get him to see past prejudice and help her find the real killer. Together, they make magic in more ways than one. 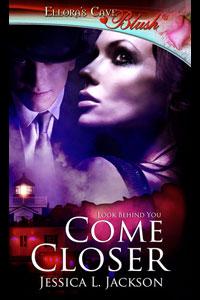 Suzy Wanamaker—the current archivist for The Family—is fascinated by the new owner of Port Grange’s General Store. He’s tall, dark and oh, so handsome. His obvious concern for his lovely, troubled teenage daughter only increases Jared’s appeal, for nothing is more important than family. Combine that sensitivity with a love of dancing, easy humor and a smile that makes her heart do flip-flops in her chest, and Suzy quickly finds herself smitten.

Jared Owens doesn’t quite know how to take the quirky woman who feels so amazing in his arms when they dance. Everyone says the women in The Family are strange but there’s something so engaging in her pert laughter, twinkling eyes and odd behavior. Maybe she can help him figure out what’s causing his daughter’s nightmares. Is it just that Arlee is having difficulties overcoming the loss of her mother, or is something more sinister at work? 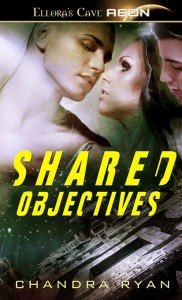 When Lisa and her son are rescued from a military prison, one look at the genetically altered mercenary who carries her to freedom puts some racy ideas into her head. Dixie is strong, handsome and kind, an unfamiliar combination. Her job as a government geneticist usually sends men running, not rushing to her aid.

Unfortunately Dixie isn’t alone. Lisa’s ex, Ben, is another member of the Coalition, the band of rebels fighting against the government that locked up Lisa. After their split two years ago, she never thought she’d have to face his scorn again. But now she has to work with him without giving in to old temptations. Or so she thinks.

The men need her for her genetics skills. When they discover they’re both attracted to her, they have to find a way to share or risk destroying their friendship. And Lisa finds that two sets of sexy hands all over her body are hotter than one.

Inside Scoop: This ménage features a kiss between two men that sparks a plan to steal a woman’s heart.

You'll find these and more new e-book releases at Ellora's Cave: http://www.ellorascave.com/
Posted by Cheryl at 9:32 AM