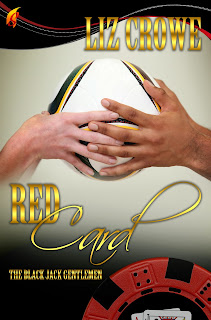 Free will makes us human.
Choice makes us individuals.
Love makes us unique.

Metin Sevim has it all. At the pinnacle of international soccer playing success, he has managed to craft a perfect world for himself along the way.

When fate strips him of free will and the ability to choose his own path, he retreats from everyone and everything, destroying his hard-won career in the process.

Dragged back from the brink by his desperate family, Metin reluctantly agrees to coach the Black Jack Gentlemen Detroit soccer team but remains debilitated by memories and loss. When a surprising friendship emerges, it renews his passion for life, providing much needed solace… and extreme complications.

A saga of family dynamics and gender politics that cuts across cultures and circumstance, Red Card illustrates the human capacity for forgiveness through the life of one man as he attempts to rebuild his shattered existence. 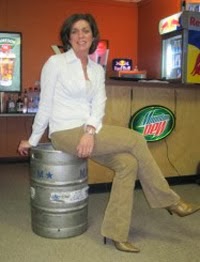 Microbrewery owner, best-selling author, beer blogger and journalist, mom of three, and soccer fan, Liz lives in the great Midwest, in a major college town. She has decades of experience in sales and fund raising, plus an eight-year stint as a three-continent, ex-pat trailing spouse. While working as a successful Realtor, Liz made the leap into writing novels about the same time she agreed to take on marketing and sales for the Wolverine State Brewing Company.