A city and a sport with something to prove—Meet the men who take that challenge.
The Black Jack Gentlemen—Detroit’s expansion soccer team.
They play hard. And live harder.

The Black Jack Gentlemen
The newest series by Liz Crowe 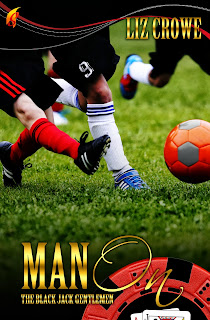 Bad boy of European football, Nicolas Garza is about to hit American shores with a vengeance. Signed by the Detroit Black Jack Gentlemen as lynch pin for their expansion club, Nicco only half believes he’s making the right move. But with a past full of ghosts and rotten behavior chasing him from his homeland, he has no real choice.

Parker Rollings is a college soccer superstar, but his parents’ plans for their only son do not include professional athletics. When the Black Jacks approach him to finalize their roster, Parker leaps at the chance to keep playing, leaving behind medical school, stability and his first and only college sweetheart.

Nicco and Parker face off as bitter rivals for a coveted starting spot at midfield and are forced to channel their negative energy into something positive for the sake of the group—and themselves.

All eyes are on the fledgling team in its debut season. It’s crucial that the Black Jacks prove all the doubters wrong. They must make a good showing in the league and with new fans. But player drama, club dynamics, and misplaced priorities may tear it apart before it even begins.


He broke the eye contact and set his jaw. The kid had another think coming if he honestly believed he’d be taking Nicolas Garza’s place on the team. Pure and simple, no matter how fevered his sudden fantasy over popping the kid’s cherry. He ran a hand down his face and swallowed hard. Things had certainly gotten complicated and then some. But he knew that he had a focus now—keeping his starting spot ahead of the delectable Parker. 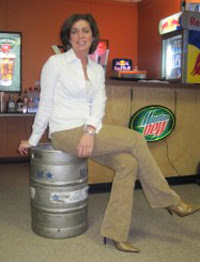 Liz lives in the great Midwest, in a major college town. She has decades of experience in sales and fund raising, plus an eight-year stint as a three-continent, ex-pat trailing spouse. While working as a successful Realtor, Liz made the leap into writing novels about the same time she agreed to take on marketing and sales for the Wolverine State Brewing Company.