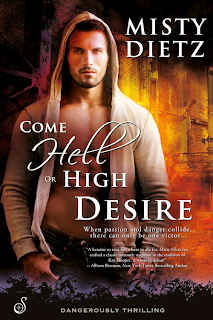 Framed for a series of brutal murders, rebel-turned-CEO Zack Goldman must go to ground. When he discovers that sexy boutique owner Sloane Swift has a shocking gift—terrifying visions that connect her to his mentor’s missing daughter—he can’t believe her refusal to help him. Nor can he believe he’s actually falling for the frustrating woman.

Their chemistry will either find its perfect equation…

Helping an accused killer ranks low on Sloane’s to-do list, no matter how hot the attraction burns between them. But putting to rest her overwhelming guilt over the missing girl’s fate proves more difficult than she ever imagined…that is, until her heart and conscience begin to align.

…or detonate everything in its path.

As the real killer locks in on Sloane, Zack will stop at nothing to keep her safe. And as they earn each other’s trust—with danger in hot pursuit—they may just lose their hearts in the process… 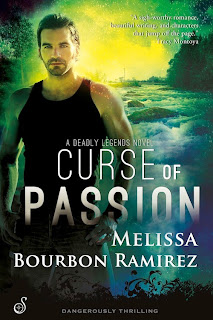 The ghost of la Llorona is said to haunt the riverbanks, always searching for her drowned child. She also haunts high school teacher Johanna Rios, whose own mother believed so deeply in the legend she tried to drown her daughters. And now the ghost has become real, a young woman murdered, and the safe world Jo created is falling apart.

Since returning home from his last tour of duty to become a school principal, Ray Vargas has fought his attraction for his employee, the sensual woman who’d once been the girl next door. But the Llorona Killer will not stop until he claims his final victim—Johanna—and Ray will do anything to protect the woman he’s come to love.

With a serial killer out to prove the curse is real, will Ray and Johanna’s future be drowned in the ghostly waters of the past? Or will the power of their love give them the strength to stop a killer…and heal their wounded hearts…? 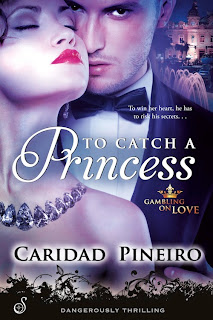 Untold wealth, a loving family, a solid career in America: the only thing Princess Tatiana lacks is the one thing she really doesn’t want—a husband. Unfortunately, her parents have just arranged her marriage to a royal from the old country. Are they kidding? It’s the twenty-first century!

Police Detective Peter Roman is a royal living incognito … and escaping a secret that has haunted his family for years. He’s been quietly in love with his best friend Prince Alexander’s sister for as long as he can remember. Little does she know that he is secretly the Grand Duke to whom she is unwillingly betrothed…

When a series of high-end jewelry heists threatens Tatiana’s exclusive charity exhibition in glamorous Monaco, the two must trap the clever jewel thief before he strikes again. In a fight for their lives, Peter’s secret identity is revealed. With danger and passion increasing to the breaking point, she must decide: catch a thief…or trust the heart of her true love. 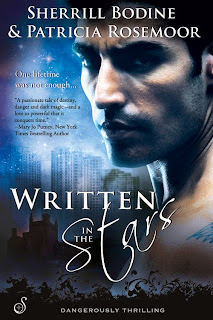 ‘A love so deep that it can last through centuries?

In 1601, Lady Elizabeth York’s star-shaped birthmark proclaims her a child of magic. When she arrives at Dunham Castle to marry Carlyle, heir to the Duke of Lennox, she finds enchantment in the eyes and touch of Will Grey, the Duke’s bastard son. Bewitched by Elizabeth, Will defies all for their love, and his jilted half-brother places a curse on them both.

Searching for a treasure ship sunk long ago, present-day marine archeologist Cordelia Ward is pursued romantically by both salvager Innis Foley and treasure hunter Morgan Murphy. She is haunted by a murderous nightmare where one man is the killer and the other the victim. But which man is her enemy–which one her soul mate? Can a journal that belonged to her ancestress, Lady Elizabeth York show her the answers…in time to save her true love?

Chased by evil, two women discover their own magic to fight a villain’s curse on the Posey rings that draw them to the men they are destined to love.

PURCHASE THESE AND MORE AT ENTANGLED PUBLISHING!