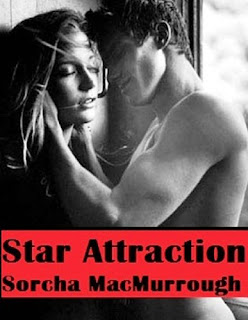 College lecturer and secret romance novelist Zaira Darcy literally bumps into the man of her dreams in an elevator. Gorgeous Brad Clarke, Hollywood's hottest new director, working alongside her in New York on the screenplay of her thrilling new bestseller, is everything she could want in a man, and more.

But troubles from her past threaten to destroy any chance of happiness they might have. Zaira must learn to trust to love again and open her heart to the mysterious man she is so magnetically attracted to.

Just when Zaira and Brad are on the brink of finding true love, a series of shocking revelations threaten to tear them apart. Brad is forced to go on the run for a series of crimes he swears he didn't commit.

Does Zaira really know about the man she is falling in love with? Or is someone plotting to ruin him, for motives she can only begin to guess?

Zaira searches her head and heart for the truth. The answers she finds lead her down a twisted path of murder and mayhem to a final confrontation with the mastermind out to destroy her dreams. In a daring moving, she risks all to save Brad's life, even if it means sacrificing her own...

Before Zaira could say a word, Brad placed a wad of money on the restaurant table, and took her firmly by the elbow. Stepping out of the restaurant briskly, he hailed a cab at the corner, flung the door open and pushed her in.

“I’m sorry, but it's been a long day, and I just want to get home,” Brad declared, taking her hand firmly, his tone clearly brooking no refusal.

Zaira leaned helplessly against him in the taxi. He was leaving her, getting married, going back home to California forever. It was too late. She had lost him.

Yet his actions told her a different tale than the one she had pieced together in her mind. Instead of acting cool and distant, he seemed to finally be giving free rein to the attraction that had sparked between them from the moment they met. It was if the dam of his resolve had finally burst, flooding them with a torrent of passion.

Brad caressed her fingers with his own, gently yet possessively, and kissed her heatedly as the car pulled up to the curb. All the way up the elevator he kissed her, stroking her hair and her eyelids, and cheeks, nuzzling her neck and ear until she was on fire.

He kissed and caressed her with his hands all the way down the corridor, and ran one hand up and down her back, pressing her closely to him in an intimate embrace which left her in no doubt of his desires. With his other hand he unlocked the door, and switched on the light.

Pleasure turned to pain as Brad rammed her up against the wall and ground out, “The game is over, Zaira, Zoe, whatever you’re called! I want the truth, and I want it NOW.”