In 1980, Kyle Montgomery’s life was seemingly perfect. Heavily recruited by Force Recon fresh from the Naval Academy, he’d been working black ops for the Marine Corps for six years and was on the cusp of being promoted to Major. He was on the fast track to bigger and better things, had all the right people vetting him, and he'd married the woman of his dreams and was exploring a lifestyle which could have ended his career. With the Iranian embassy under siege and the Middle East in turmoil, Kyle was sent on a mission which would change the course of his life forever. 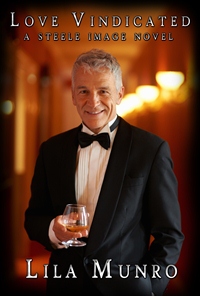 Returning home after three months of being invisible, Kyle finds his wife has been murdered by the very people he'd been sent to protect. And instead of the government retaliating, they hand him his walking papers with the agreement they’ll never speak of the events again. It's like Kyle never existed. His wife never existed. And the people who maimed and tortured her never existed.

Resigned to never again walk that path, Kyle opens the first Steele Image club with the thought of providing a safe haven for others like him, those who were invisible to the public and most of the government. Those who had eclectic sexual tastes. Those who would later become his allies. And his enemies. And both will drive him back to the place he’d thought he’d let go of forever to vindicate his love… 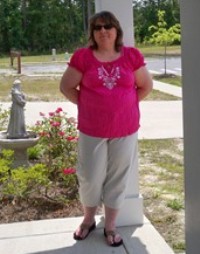 legged kids. She’s a military wife with an empty nest and takes much of her inspiration for her heroes from the marines she’s lived around for the past fifteen years. Coining the term realmantica, she strives to produce quality romance in a realistic setting. Her genre of choice is contemporary romance that spans everything from the sensual softer read to BDSM and ménage. When she’s not writing, she enjoys reading everything she can get her hands on, trips to the museum and aquarium, taking field research trips, and soaking up the sun on the nearby beaches. Her works include The Executive Officer’s Wife, Bound By Trust, Three for Keeps, the Force Recon series, the Slower Lower series, the Identity series, and the Private Collection. Currently she is working on two new series set to release summer of 2013, the At Your Service line and the Steele Image line. She’s a member in good standing of RWA. Ms. Munro loves to hear from her readers and can be contacted at lilasromance@gmail.com.

And now for the GIVEAWAY!! Fill out the Rafflecopter form below for your chance to win a $25 Amazon Gift Card/Paypal Cash + Gift Basket including her Slower & Lower series of 3 books plus a copy of Executive Officer’s Wife!!
(Ends June 21, 2013)