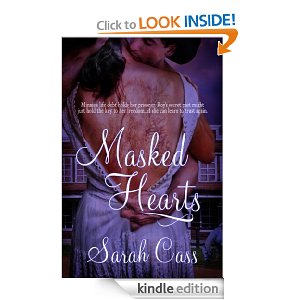 Minnie Woodward lives a lie. After barely surviving the Bear River Massacre she’s lived in the white world of her guardian Mister Rawlins, her life debt keeping her tied there. The last thing she needs is Roy’s attempts to gain her favor. Her fate’s sealed. She’s never believed in hope, and not even Roy can make her start.

Roy Ornum saves Minnie every night in the traveling Wild West show. The job he took to break his gambling habit brought him a new addiction – her. He knows she doesn’t want to be rescued, but maybe he does. She’s the key to a past he lost, one he wants to find again.

As the two grow closer old wounds are reopened and their burgeoning trust is shattered. When lives hang in the balance of their choices they’ll need to work together. Otherwise everything will be lost before hope can be found.

"You’re bleeding,” he muttered in her ear. “Did they really hurt you?”

“What?” She had heard him over the cheers, but feigned deafness to the ridiculous question. The Cheyenne wouldn’t dare harm her.

“You’re bleeding,” he repeated. The moment the yells grew quieter his hold loosened. Fresh air filled her lungs, but he didn’t let her get far. “Right here.”

She winced at the touch of his finger to her temple. The blood he showed her caused enough concern that she had to hide her frown. “I’m fine. The pins probably stuck me again. Let me down.”

“Not a chance. Rawlins doesn’t like you wandering free in an army camp. I’m to take you home.”

The kindness in his brown eyes both soothed and terrified her. Danger lived in the hope such kindness sparked. She turned her focus to the vibrant colors of the ‘Rawlins Wild West Show’ sign tied to the tent. “There’s no home. It’s a wagon.”

“Fine. Then I’ll take you back to the wagon and keep you safe. He’s having the boys do their tricks. Should keep the soldiers distracted for a while.”

“Makes no difference.” Minnie pushed against him, trying to sit of her own volition. “The moment I change out of this costume and show my true self my virtue is in jeopardy. It’s the only thing the Mister cares to protect.”

“Well, I’m concerned with protecting everything.”

“And I have no need for your concern or protection.”

She shoved aside his arm and jumped off the moving horse. After a brief stumble she righted herself and lifted her chin.

“You’re a thick-headed man. I don’t want you to follow me.”

“I’m under orders.” The horse didn’t move from her side, but he didn’t dismount. “Before you ask, yes I do follow them. Rawlins paid my debts, I owe him.”

Exactly. He didn’t care to do this—and for that matter neither did she. Or at least she shouldn’t. No white man would see her as anything more than property.

“Can I ask you something?”

“Are you under orders to?”

The thud of his feet sounded just behind her, and she knew he’d dismounted. The soft clomps of the horse ceased a moment later. “No. This is me asking. I want to ask.”

She stopped, not daring to look over her shoulder. “Then no.”

“At least let me make sure you’re not bleeding no more.”

“I can check my own head. I told you, it’s the pins.” She ran the last ten yards to the wagon and climbed inside fast. With a slam of the door the whole wagon shook. The small room in the show wagon afforded her a cot, a vanity, and a closet. Her trunk shoved in a corner completed it.

With a sigh she dropped onto the cot and stared into the mirror. A faint trickle of blood still lingered at her left temple. It clung to the pale makeup with ferocity. Several more pins scraped her head when she ripped off the thick blond wig. A long black braid tumbled down her back. She wrinkled her nose and tossed aside the mass of fake blonde hair.

Before she could grab her handkerchief a knock echoed in the room. “Go away.”

“Brought you water. To clean off the makeup.”

Did he always have to be so nice? She stared at the pale features reflected in the mirror. If the sight of the pale makeup didn’t sicken her she’d send him right off. Then again. “Just leave it. I’ll get it in a minute.”

“Please, Roy. You must stop pestering me.” She yanked open the door, glad to see he’d at least removed the military garb. In the simple outfit he wore and the dim lamplight he looked less like one of the evil men that destroyed her true family so many years ago at Bear River. Less like one of the soldiers that left her with nothing but scars and Mister Rawlins.

“I just want to talk. I can’t read, and I got no one else to talk to.” His lip pulled up in a half smile that made him seem—almost acceptable. The pitcher of water lingered in his hands. “Please.”

“Give me the water.” She poured it into the basin, dipping her handkerchief.

The moment she started to wipe off the makeup his grin grew. “You look better without that stuff. Why do you let him put you through that? I mean, I know why I’m doing this, but what about you?”

“The story’s too long and not your business.” Fast as she could, Minnie cleaned the white off her face. Bronze skin emerged, the same color as her attackers on stage. The very savages the audience cheered the destruction of in the plays.

Under all the makeup beat the heart of a Shoshone—though a weak heartbeat now that she’d been in this show so long. Some days she couldn’t remember her own mother, the family and life she’d had before this white world had intruded.

A familiar twist of her heart threatened her calm demeanor. She slammed her hand on the table, almost relieved at Roy’s startled jump. “Don’t stare at me. Go away. I have no desire to talk to a white man.”

“You don’t talk to the other Indian’s neither.”

She clenched her jaw. “Go away.”

“Please. What kind of Indian are you?”

“One that hates all white men.” She slammed the door in his face. Heart pounding in her chest, she flopped down face first in her pillow. What she wouldn’t give for it to be true.

Or for some other explanation as to why she didn’t hate Roy. Why she wanted to answer his questions when she didn’t with anyone else.

She was lonely. That had to be it. 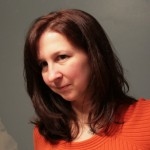 Sarah Cass’ world is regularly turned upside down by her three special needs kids and loving mate, so she breaks genre barriers; dabbling in horror, straight fiction and urban fantasy. She loves historicals and romance, and characters who are real and flawed, so she writes to understand what makes her fictional people tick. And she lives for a happy ending – eventually. And enough twists to make it look like she enjoys her title of Queen of Trauma Drama a little too much.

An ADD tendency leaves her with a variety of interests that include singing, dancing, crafting, cooking, and being a photographer. She fights through the struggles of the day, knowing the battles are her crucible; she may emerge scarred, but always stronger. The rhythms to her activities drive her words forward, pushing her through the labyrinths of the heart and the nightmares of the mind, driving her to find resolutions to her characters’ problems.

While busy creating worlds and characters as real to her as her own family, she leads an active online life with her blog, Redefining Perfect, which gives a real and sometimes raw glimpse into her life and art. You can most often find her popping out her 140 characters in Twitter speak, and on Facebook.
Posted by Cheryl at 11:46 AM