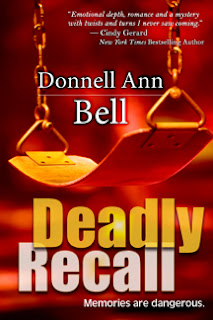 A terrifying memory is locked deep inside her. A killer wants to keep it that way.

Nine-year-old Eden Moran thought she was saying good-bye to her mentor that fateful day in St. Patrick’s. She had no idea she’d witness the nun’s demise, or that her child’s mind would compensate. Now seventeen years later, Albuquerque cops have unearthed human remains, and the evidence points to Eden as being the key to solving Sister Beatrice’s murder. When a hellbent cop applies pressure, Eden stands firm. She doesn’t remember the woman. Unfortunately for Eden, Sister Beatrice’s killer will do whatever it takes to keep it that way. 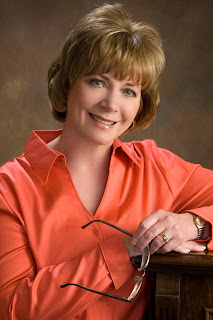 Donnell Ann Bell is a two-time Golden Heart® finalist who previously worked for a weekly business newspaper and a parenting magazine. Her debut novel The Past Came Hunting became an Amazon bestseller, reaching as high as #6 on the paid overall list and finaling in 2012 Gayle Wilson Award for Excellence, RWA’s® Greater Detroit Bookseller’s Best, and the 2012 Daphne du Maurier Award for Excellence in Mystery/Suspense. Deadly Recall, brought to you by Bell Bridge Books, is her second published novel. Learn more about Donnell at www.donnellannbell.com