Call for Submissions for Writing and Your Spouse Anthology 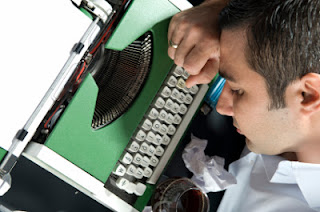 You see it all the time in dedications and acknowledgements of books: Words like: “To my dear husband, who has supported my writing all throughout the years in spite of the odds,” or “To my wife, who never stopped believing in me.”

But what happens when your ‘significant other’ doesn’t support your writing, either because he thinks you’ll never make it or because she thinks you’re wasting your time and efforts for nothing?

Writers often talk about their supportive spouses/partners, but seldom do we hear about the unsupportive ones—mainly because it is a cause of great sadness and shame to the writer.

I’ve heard of cases where a husband told his writer wife flat out, “You’ll never make it.” I even once heard a story about a husband who was so jealous of his wife’s ‘writing world,’ that he burned her manuscript.

Though I don’t have a working title yet, I’m looking for 2,500-3,000-word (or longer) honest, poignant first-person accounts in the style of Chicken Soup for the Soul series. That is, true stories that are ultimately inspirational and show a great deal of perseverance and determination from the part of the writer in spite of the odds—in short, essays that will offer hope and moral support to writers who are experiencing a similar situation. The essays will be compiled into an anthology.


I talked about this idea with my agent and she’d be interested in representing this type of project providing I come up with a compelling set of personal essays. Of course, submissions will be treated in confidentiality and real names of people and places can be replaced with fictional ones.

If you’re interested in submitting or if you have questions, you can drop me an email at:mayra.calvani@gmail.com.
Posted by Cheryl at 9:00 AM

Email ThisBlogThis!Share to TwitterShare to FacebookShare to Pinterest
Labels: anthologies, call for submissions, writing and your spouse anthology