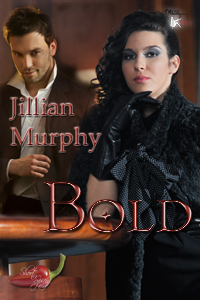 Jilted by a cheating ex-boyfriend, straight-laced Cassie Wells tires of spending far too many nights alone. She secures a job interview in Los Angeles hoping for a new life away from the struggles of her past.

The meeting gets postponed until the next morning and rather than face another lonely evening, Cassie follows the sounds of ‘good times’ into her hotel bar. A sexy stranger, Trevor, with his killer smile offers her a drink and in turn sets free her inhibitions. She discovers being bold can be fun…and so much more.

He reaches for my hand and leans in close, allowing me a whiff of his cologne, musky and strong. Damn, he smells good.

He pulls me through the crowd and when we reach the couch, he says, “It’s much quieter over here.”

“Yes, thanks.” I sit across from him, resting my back against the pillowed chair and slide one leg over the other. Definitely the best looking guy I’ve ever seen.

“I’m Trevor, by the way.” He scoops a handful of peanuts and slinks into the couch.

He studies me but my focus lingers on his jaw, which flexes after he pops in a peanut and chews. His tongue licks off the salt. God, I’d love to be a peanut. He looks at me with green eyes, one side of his mouth curled into a half-smile.


PURCHASE AT MUSEITUP PUBLISHING OR AMAZON
Posted by Cheryl at 8:19 AM