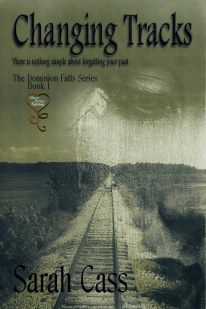 Cole Mitchell runs the busiest saloon and brothel in Dominion Falls. He keeps his women at a distance, unwilling to relive a past he worked hard to forget.

Until the night Jane Doe falls into his saloon bleeding and near death. She wakes with no memory, only the firm belief someone tried to kill her. In the strange world of amnesia she manages to find solace in Cole’s arms and he finds home in hers.

While they work together to solve the mystery of her appearance, their pasts – her lack of, and his buried – build a barrier between them.

To make matters worse, Jane’s past isn’t willing to let her go. A stranger proves he’ll kill to keep his secrets safe. With those she loves in danger, Jane’s errant memory is all that stands between them and death. Cole can only do so much to protect her, will it be enough?