Free for Kindle: Sweet Blood of Mine by John Corwin 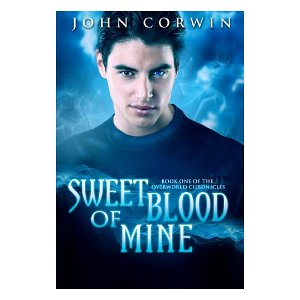 Justin Case and women do not mix. Man boobs, a love of Kings and Castles, and being tight with the "nerd" crowd certainly don't win him any points either. After rescuing Katie, his crush, it turns out she might not be the girl he thought she was, while Elyssa, the school's Goth Girl, turns out to be more. Can high school get any more confusing?

Determined to improve himself, he joins a gym and meets a sexy girl that just oozes a "come hither, Justin" vibe. Until she attacks him in the parking lot, and Justin realizes she's no ordinary girl but a being with supernatural speed and strength. After a narrow escape and an excruciating migraine headache, he wakes up with supernatural abilities all his own: speed, strength, and the ability to seduce every woman he sees.

While that might sound like the perfect combo for any hormonal teen, Justin is a hopeless romantic who wants his first time to be special. Is that too much to ask for? But he doesn't know what he is or how to stop his carnal urges. One thing is clear: If he doesn't find answers there are other more sinister supernaturals who would like nothing better than to make him their eternal plaything and do far worse than kill him.


PURCHASE AT AMAZON!
Posted by Cheryl at 8:40 PM