Freebies to Warm Up Your Christmas

Here are some romantic freebies that will warm up your night. 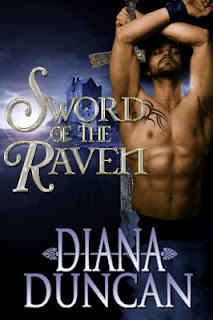 Delaney Morgan’s ho-hum life begins to fray around the edges when her cop brother is framed and imprisoned. Determined to exonerate him, she starts poking her nose where it doesn’t belong. Things go from extra-ordinary to extraordinary with her discovery of Mr. Tall, Dark, and Naked washed up on a deserted Oregon beach.

Rowan MacLachlan’s no ordinary man. He’s a semi-Immortal Highlander. A Water Mage, a Supernatural Enforcer…and since the slaughter of his entire family, Chieftain of his Clan.

Recently escaped from the clutches of the Sorceress Cearde, he’s drawn to Delaney’s intense, newly awakening Powers. She learns her brother possessed similar Powers, and his "situation" is entangled with the magical forces he tried to shield her from.

Pulled into an epic battle of light and dark…with a kick-ass pair of boots and a Bon Jovi inspired battle cry…Delaney vows to help Rowan avenge his family, and free her brother from the dark forces holding him captive. First, Rowan must teach her to control and wield her new Magic.

When passion flares between mentor and student, so do their Powers. With Delaney’s help, Rowan plans to vanquish the evil bitch who killed his family.

Even if it means betraying the woman he’s come to love.

One of them may be required to make the ultimate sacrifice.

Can love really conquer all? Betrayal. Evil. Even death?

Delaney’s about to find out. Because she’s destined to be the Sword of the Raven. 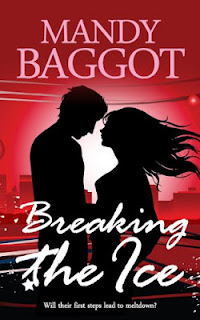 When routine driven box office assistant Samantha Smith meets the stars of ‘Skating on Broadway’ her life is turned upside down. Immediately attracted to lead skater Jimmy Lloyd, Samantha does her best to deny her feelings. But when all you can do is burst out laughing and hyperventilate every time you’re under pressure, keeping things under wraps is a hard task. When the future of her beloved Civic Hall is threatened Samantha must rise to the challenge to ensure its survival. Constantly scrutinised and criticised by her zany sister Cleo and her brogue wearing boyfriend Jeremy, can Samantha save her job, save the Civic Hall and stop her panic attacks just long enough to give away her heart? 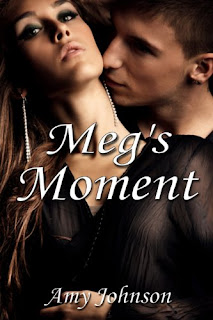 Megan Malone is a bored housewife determined to put passion back into her marriage. When she discovers that her husband, Ted, is a lying cheating scumbag, she decides to dump him and have a wild night with one of the hotties from her high school days. She enlists the help of her eclectic group of friends and a down in the dumps Private Investigator, Jack Weston, who coincidentally is investigating her husband and his girlfriend. She hires Jack to locate these hotties so she can put some passion back into her boring monotonous life. But Jack has other plans. Megan snubbed him back in high school and he wants revenge. Megan finds herself in a hot mess of passion, love and murder. Now its left up to Jack to try to prove her innocent. Has Megan finally gotten herself into a mess she can't get out of?

Prices can change at any time.
Posted by Cheryl at 11:58 PM