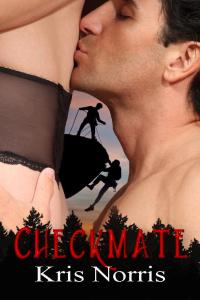 For years he’s hidden in the shadows...watching...hunting. His attempts have never been successful, until now. And his game is just beginning...

Kendall Walker and her brother, Trace, share a passion for adventure racing. But when Trace is kidnapped by a psychotic figure from their past, Kendall finds herself immersed in an adventure race beyond anything she’s ever known. And if she doesn't reach each checkpoint in time, Trace will die. She’ll do anything to get her brother back, even surrendering to a man intent on becoming her lover. Luckily for her, Dawson has other plans.

Special Agent Dawson Cade doesn't know how his life went from complacent to complicated in what feels like a heartbeat. He has absolutely no leads on the bastard terrorizing Kendall, and he can’t stop himself from wanting to take her into his bed. He knows he needs to keep distant, but when circumstances force him to succumb to the desires of a man intent on possessing Kendall, Dawson must face the truth. He’s going to be Kendall’s next lover, even if she doesn't know it yet.

And as the race begins, he can only hope he’s able to save Trace, and keep Kendall from sacrificing herself, in a game where even victory has a price.


PURCHASE AT ALL ROMANCE!