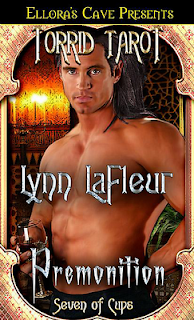 Part of the Tarot Cafe series. Kari Winchester considers her visions a curse. She can’t understand why she has visions when she’s never able to help anyone. This time, she prays Brenda Blackstone’s case will be different and she’ll find the teenager before it’s too late. Slade Blackstone left the Reno police force after ten years and started his own private investigation business. With his father owning the largest, most successful hotel and casino on the north shore of Lake Tahoe, he’s seen his share of con artists. Kari Winchester tops them all. He’s going to put a stop to her little scheme before she has the chance to get money out of his father. He hadn’t counted on falling for her with one look.