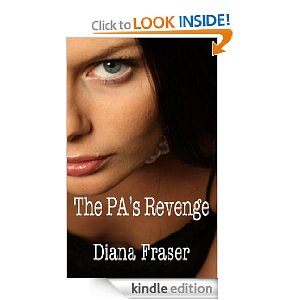 Cassandra Lee doesn't do emotion. Why would you want to feel anything when your son and father have died in horrific circumstances? Why would you want to do anything other than exact revenge on the man you hold responsible for the tragedy? Revenge is her only focus so she studies his business and revamps her image with the aim of becoming his PA and sabotaging his fortune.

And Dallas Mackenzie's wealth is important to him. He's restored his family's fortunes after his father nearly lost everything through drink, violence and deceit. He believes he's inherited his father's violent temper and alcoholism and is determined not to succumb to them. He values honesty above all else and focuses on working hard and avoiding emotional attachment at any cost, even an empty life.

But empty lives can be filled—at least for a short while—and Dallas sets out to seduce Cassandra. Unfortunately seduction—and her body's responses to this arrogant, powerful and sexy man—wasn't something Cassandra could prepare for. She just hopes that his interest—and her resistance—will hold out long enough to ruin him...

The PA's Revenge is Book 1 in The Mackenzie Brothers series. Books 2 and 3 will be published June and August 2012.


CURRENTLY FREE FOR AMAZON KINDLE!
Posted by Cheryl at 2:09 PM