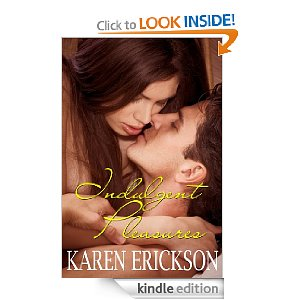 What's your fantasy?
Stephanie Shaw's ready to experience a fantasy or two all for the sake of her job. Research for the magazine she works for could result in her own column and she wants it. Bad.

Almost as bad as the gorgeous man she runs into--literally. Justin Hawkins is sinfully hot and ready to indulge in her every whim. A few stolen hours in the backseat of a car turns into the most passionate sexual encounter of her life.

But Stephanie's keeping a secret. When she finds out Justin is a former pro baseball player, no way can she tell him about her job. The media-shy Justin hates being in the public eye and Stephanie's documenting their sexual encounters for the entire city to read--anonymously.

A betrayal of trust hurts them both and sends them reeling. And also renders them apart. Stephanie's devastated, Justin's angry. Can this relationship be fixed?


Currently Free on Amazon!
Posted by Cheryl at 8:45 AM