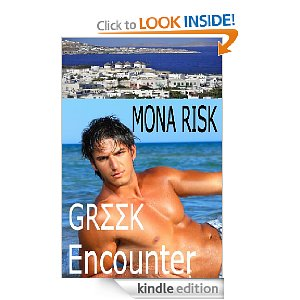 Can the pain of the past bring about the happiness of the future?
Stefano Kostapoulos plans to demolish the dilapidated Pink Villa inherited from his grandmother and build a modern resort on the Greek island of Mykonos. But the American co-owner refuses to sell his shares and sends his attorney to Greece--a lawyer Stefano plans to shred to pieces at the hearing.

Except that Counselor Ashley Sheppard is a gorgeous redhead who knocks Stefano off his axis when he meets her incognito. Sparks fly during a first encounter that leads to a memorable night of passion.

In court, Ashley is in for a nasty surprise. Her handsome Greek god is the opponent. Her heart gnaws with pain, yet she attacks him with all her strength to defend her grandfather's case.

Stefano wins the lawsuit, but is about to lose Ashley. To keep her in Mykonos, he strikes a deal with his old enemy. Does Ashley dare to trust the Greek playboy? Or even understand her grandfather's strange change of heart regarding the Pink Villa?


CURRENTLY FREE FOR KINDLE!
Posted by Cheryl at 10:51 PM