Celebrating the Month of Love: The Betrayal by Kathryn Shay 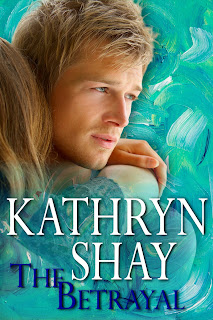 With THE BETRAYAL, Kathryn Shay adds a brand new full length novel of romantic suspense to her impressive list of forty-three books, with five million copies in print. Follow this tale of twists and turns as two people find their lives totally entangled, no matter how hard they struggle against their connection.

Darcy Weston flees to her grandparents’ abandoned farm after her stepfather rapes her. There, she meets Jordan Mackenzie, a local boy, and the friendship of a lifetime begins. Jordan helps sustain Darcy with food and water, and his company, for months, but eventually her whereabouts are discovered. In subsequent years, the two young people try to stay in touch from their disparate worlds, but eventually they drift apart.

Flash forward twelve years. Jordan is an accomplished teacher and Darcy, an internationally famous, reclusive artist. They meet again when Jordan publishes a book that reveals secrets about Darcy's past. But they find themselves thrown together first over the scandal his book creates, then over a murder. Once again, they turn to each other for help and comfort as they deal with police investigations, a variety of suspects from each other's worlds, and a passion between them which won't be denied.

"It's been a long time since I've enjoyed a book as much as "The Betrayal." I've always been a huge Kathryn Shay fan mainly because her books are unique, meaningful and never trite. This one is no exception. If you enjoy good writing, love stories and suspense like I do, fire up your Kindle and start this book. You won't be disappointed."

"Just when things seem to settle down in this story, there is another turn. I couldn't predict the ending of this book even from 25 pages before the end. It was well crafted and kept the reader turning the pages."

"Kathryn Shay is no typical romance writer, but she sure does know how to paint a hot love scene with words. This book was a steal for the price. Shay deserves much, much more!!"


PURCHASE AT THE FOLLOWING:
Amazon: http://amzn.to/gKox9Z 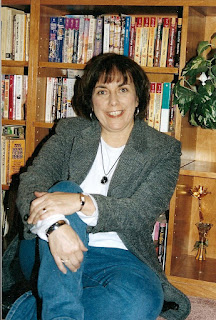 Kathryn Shay has been a lifelong writer and teacher. She has published 43 novels from the Berkley Publishing Group, Harlequin Enterprises and online. She has won five RT Book Reviews awards, four Golden Quills, four Holt Medallions, the Bookseller’s Best Award, Foreword Magazine’s Book of the Year and several “Starred Reviews.” Her work has been serialized in COSMOPOLITAN magazine and featured in THE WALL STREET JOURNAL and PEOPLE magazine. There are over five million copies of her books in print. She lives in upstate New York with her husband and children. http://www.kathrynshay.com/.
Posted by Cheryl at 12:48 AM