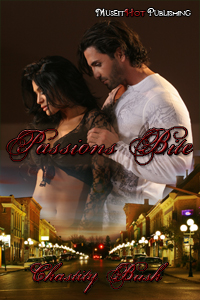 When demon Derek Blain and his partner, Max, are sent to hunt down a vampire notorious for killing for fun, the last thing Derek expects to find is a vampire set on killing herself. Even worse, he feels a duty to save her. But there’s something about the beautiful woman who looks so tormented that pulls at his very soul.

Turned against her will and forced to kill, Caroline Montgomery has decided the only way to end her torment, and save the lives of innocent people, is to take her own. Only the pleading of a handsome stranger changes her mind. Now, Caroline is learning how to live without killing and, thanks to sexy Derek Blaine, is loving every minute of it!

When Caroline discovers the rogue Derek is hunting is her maker, she decides to help bring the monster down, whether Derek likes it or not.

But what neither of them knows is that the rogue vampire has set his sights on her for his mate…and he’s coming after her.

Can Derek take down the murderous rogue, and claim Caroline as his own before it is too late?

Warning: This story may contain material not suited for readers under the age of 18, including graphic sex, language and violence.

“It’s been two weeks. I should be able to do this by now.”

Groaning, Derek walked to where Caroline stood. “It takes time,” he said again for what felt like the millionth time over the last two weeks.

He and Max were doing their best to teach Caroline how to defend herself but, much to their surprise, Caroline wouldn’t fight.

“I have to learn this.” She sighed, leaning against the heavy bag swinging from Derek's basement ceiling.

I have to be ready…
“I know you don’t want to hurt anyone.” Derek placed a hand on her bare shoulder, the warmth of her dampened skin sent blood racing to his groin. Stifling a groan, he continued, “But this is important.”

Derek's mind ran in circles. How could he get her to actually attack, which is what she would have to do, if Christian wanted her as a mate and came after her?

She would have to fight him, or risk Christian teleporting her to an unknown destination.
After only two weeks, he couldn’t imagine losing Caroline. Gazing at her from beneath his lashes, Derek admired her delicate beauty; something he never thought could be found in a vampire. Her sassy smile etched itself in his memory, her sweet scent lingered upon his skin. Her sass always amazed him and at times shocked him, but he couldn’t imagine her without it.
The more time he spent with her, the more he wanted her, needed her.

Snapping back to reality, he answered, “Went to the grocery store. He should be back in just a bit and you two can spar. Until then, I’ll take his place.”

Coming to stand before her, Derek smiled as she took a step back.

She looked so delectable in her tight black shorts and pink t-shirt that hugged her pert breasts perfectly. He would have to thank Max for his choice in clothing.

Caroline blinked. “What do you mean, ‘come at me’?”

Groaning, Derek replied, “I mean, come at me. Attack me.”

Perching her hands on her hips she cocked a brow. “Now why on earth would I do that?”

This time Derek cocked a brow. “You have to learn to fight.”

“Yes, I’m aware of that but I don’t plan on attacking anybody. Shouldn’t you be attacking me?”

“What?” Derek breathed with exasperation.

“You know, so I can learn to defend myself?”

“Is this really happening?” Derek asked with irritation, waving his hands in the air.

No wonder Max has found a reason to shirk helping teach her to fight these last few days.

Laughing, Derek took another step toward her. No matter how annoying she was, he found it impossible to stay irritated.
“Okay.” He relented. “I’m going to come at you. I want you to do the move Max showed you yesterday. Do you remember it?”
Nodding, she smiled. “Yes.”

In an instant, just as he expected, they both toppled to the floor.

Clutching Caroline to his chest, Derek turned to take the brunt of the fall.

“I thought you said you remembered the move,” he said.

Taking a deep breath, Derek suppressed a shiver at the feel of her soft body lying atop his.
His control strung tight, he fought his rising need. Sliding his hand over her shoulder, he smiled.

Breathless, she murmured, “Are you going to let me go?”

Shaking his head, he tightened his arm around her waist. 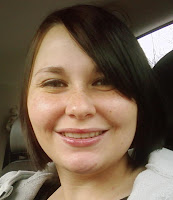 Chastity Bush is the author of four published romance novels. She is the married mother of two great girls and currently resides in the small town of Whitefield Oklahoma. She loves to hear from readers and you can contact her anytime on her official website: http://chastitybush.webs.com.