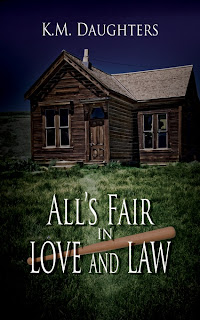 The enchantress on stage at an amusement park review captivates new Chicago Police Department Captain Patrick Sullivan. Stunned to learn she’s the infamous defense attorney, Charlie Demarco, who substituted for her twin at the performance, Pat battles Charlie in and out of the courtroom. With CPD cutbacks and a serial murderer to apprehend, Pat struggles to uphold the law and his reputation, while Charlie seems determined to undermine him. Chained to her job to restore her family’s finances, Charlie has no choice but to defend the criminals Pat wants behind bars. Her biggest battle yet involves defending her heart against Patrick Sullivan.

Her breath caught as his smile dazzled in reaction to something one of the girls said to him. Certainly his size alone would draw attention. Close-cropped reddish hair, her favorite shade of blue eyes, like his kids’, and muscles in that thin T-shirt that teased a woman to knead them with her hands. She had had a hard time concentrating on stage during the first set. Her eyes had sought his involuntarily again and again. And damn if he wasn’t sending her appreciative vibes. Must be this crazy heat in April. She extended her lower jaw and blew air up over her face.

Frankenstein called for his bride. Charlotte counted to ten and then ran out from behind the curtain. The crowd jumped to their feet and cheered. Wow, this is what it must feel like to be a rock star. Emi, I think I’m jealous of you. Maybe I should switch careers and we can do a sister act.

Her ego stroked, she enjoyed every minute of the performance. Mummy led the cast off stage into the audience.

“Pick us. Please pick us!” The hunk’s kids yelled.

Well, of course I will. Her hips gyrating, she sashayed in his direction, her eyes locked on his heavenly blues.

“Here she comes. She’s going to pick us this time.”

She averted his eyes and focused on his cute kids. “Hi, girls. Would you like to come up on stage with me?”

Saints be praised. No wedding band on the man’s hand, either. “Would Uncle Pat like to come up on stage, too?”

“I have loved this series from the get-go and each book keeps drawing me in. The Sullivan Boys series blends intriguing plots, complex characters, and loads of conflict to keep you turning page after page.


K.M. Daughters proves over and again that they have mastered the art of storytelling. I can’t put one of their books down, despite the late hour, despite the fact that I’m facing an early morning with my kids, despite knowing I’ll be sitting at my desk gulping caffeinated soda the next day just to stay awake.


The perfect blend of romance and suspense is what you’ll find in All’s Fair in Love and Law!”

Purchase a copy of All's Fair in Love and Law at Amazon.com! Also available in a Kindle edition. 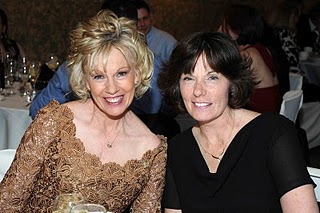 Sisters, Pat Casiello and Kathie Clare write as K.M. Daughters. Their penname is dedicated to the memory of their parents, Kay and Mickey, the "K" and "M" in K.M. Daughters. All's Fair In Love And Law is the fourth book in the author's acclaimed Sullivan Boys Romantic Suspense Series. K.M. Daughters writes romantic suspense for The Wild Rose Press, inspirational romance for White Rose Publishing and contemporary romance for Sapphire Blue Publishing. Contact K.M. Daughters at http://www.kmdaughters.com.