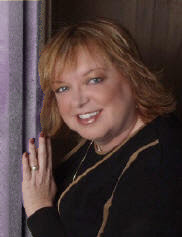 Today's special guest is Kathye Quick, author of Cynthia And Constantine and the Grandmother's Rings series.

You'll find out more about the three books in her new series in separate post, but here's a great article on meddling parents you might appreciate.

I have a thirty-nine year old son. He’s successful, newly single, has his own house, has paid off his student loans, is a commercial airline pilot who lives in Arizona and I want grandchildren. Any takers?

I know, I know, leave the poor guy alone. He has to adjust to single life. But as Mona Lisa Vito said (sort of – same concept) in My Cousin Vinny, my biological clock is – stomp, stomp, stomp, ticking and at this rate I ain’t getting any grandchildren.

And that was the inspiration for Grandmother’s Rings, my three-book contemporary romance series for Avalon Books.

The original concept was nothing like the final product. In it, a heroine talked to her grandmother, who was a ghost. Only the heroine could see her. Gram then decides it’s time for the heroine to find the right guy and sets out to do just that for her favorite granddaughter using otherworldly happenings. But when I pitched the concept to my editor at Avalon, she gently reminded me that the story sounded too paranormal for the line. She was right, of course, but I wasn’t ready to let go of the idea; I just needed to rework it somehow.

So then I thought – write what you know. What would a post-hippie parent who still likes to smell babies’ heads do if her children weren’t cooperating and ready to settle down yet? I knew I had the perfect mother-type from which I could draw some characterizations (C'est Moi). All I needed were a few reluctant ‘children’ who wouldn’t recognize themselves in print and try to get even.

Then, because my head hurt from all that thinking, I sat down to watch Gem Week on my favorite shopping channel – QVC – and a beautiful amethyst ring was being featured. As soon as the show host mentioned “birthstone,” my problem was solved. I would write a series in which siblings were directed by their mom to use one of their grandmother’s rings to find love and happiness

Enter Google. A few searches later and I found that birthstones actually do have characteristics associated with them that are said to be germane to the personality of the child born. It then became a family affair. Amethyst is my mother’s and grandmother’s birthstone, Sapphire is my sister’s and Citrine is my dad’s and mine.

So, while running up my QVC credit card, Amethyst, Sapphire, and Citrine, the books in the series, were born. If I didn’t have children who will cooperate with me, I could make them up. That way I could actually get them to do what I want them to do including reproduce.

Those having the Amethyst, birthstone are said to be intelligent, clever, determined to reach goals, daring and stubborn. Somer Archer, the oldest, is all of these things. She’s a newspaper reporter hoping someday to be a news anchor and is determined and focused on achieving that goal before she’s thirty. Nick Daultry is a New York City police officer, temporarily assigned to rural New Jersey as part of Homeland Security Training. Reporters and cops are natural enemies but a perfect recipe for romance. 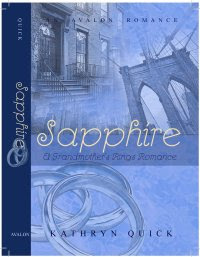 A Sapphire is said to promote clear thinking and wisdom and can help center a person. Since Trent Archer, the second sibling is a local police officer, he needs everything a sapphire can give him. Provided, that is, he can get through the torture of being in his sister, Somer’s wedding, and his pairing with Nick’s NYC partner in the wedding party, Linda Wolff, a veteran female cop who looks like anything but fun. But as the wedding weekend progresses, Trent sees something he likes in Linda’s eyes.

A Citrine is believed to protect from injury and offer beauty, and joy. Ali Archer, the youngest and most free-spirited of the three Archer siblings, is counting on it. She is the last one standing and determined not to fall for the new family curse. But at her nephew’s first birthday party she runs headlong into Nick’s cousin Jake, a red, white and blue hero soldier on leave for 30days before returning to his unit in the Middle East for another tour of duty. Can the self-proclaimed environmentalist and the soldier find a middle ground to share or will they just have to settle for some combat wounds that may never heal?

I enjoyed writing about the Archers and getting to know them, But now, it seems like three of my children are leaving me forever. Over the last 18 months, Somer, Trent and Ali became as real to me as my actual kids. But now, with the publication of Citrine, the last book in the series in August, the Archers have other things to do than hang out with me. I’ll miss then; I really will. But I have other people in my head screaming to get out.

I hope all of you who get to know the Archer’s will enjoy their adventures as much as I did. And who know, maybe we’ll run into them somewhere in our own travels because maybe somewhere out there, the Archers really do exist.

Kathryn Quick has been writing since the sisters in Catholic School gave her a #2 pencil and some paper with ruled lines.

From stories about her family for Writing Week in fifth grade, to becoming editor-in-Chief of her high school newspaper, The Blueprint, to 1999 when she realized her dream of being published, Kathye’s love of the written word span numerous genres.

She writes contemporary and career romances for Avalon Books, romantic comedy, historicals and urban fantasy for Wings Press, and medieval historical romances for The Wild Rose Press and Lyrical Press.

Kathye is one of the founders of Liberty States Fiction Writers, a group launched in January 2009 to help writers of all fiction genres in their journey to publication. She had been a member of New Jersey Romance Writers and Romance Writers of America since 1988 and considered it an honor to have been NJRW President in 1992 and 2001.

Her debut historical romance DAUGHTERS OF THE MOON, from Wings e-Press has been heralded as a flawless glimpse into the world of the ancient Greeks.

Writing as P. K. Eden with writing partner, Patt Mihailoff, FIREBRAND, an urban fantasy based on the fall of the Garden of Eden, has won two Reviews Choice Awards and many five-star ratings.

While writing romances has been her dream for many years, the book of Kathye’s heart, is a non-fiction work entitled, Hi Mom, How Are Things in Heaven, a book that developed after the death of her mother and deals with coping with grief though humor. She is currently still working on the concept for this book.

In her “other” life, Kathye works for Somerset County government. She is married with three sons.

You can visit Kathye online at http://www.kathyequick.com/.
Posted by Cheryl at 8:24 PM