Why Are Men on Ice so Hot? by Kerri Nelson, Author of Cross Check My Heart 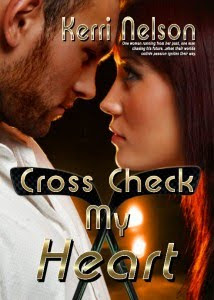 Today's guest blogger is already a favorite of mine because her book involves hockey. For those of you who don't know, our son played hockey for thirteen years. He has recently, as an adult, picked it up again but in a league that isn't as competitive as the good ole days.

I was a tried and true hockey mom. I rarely missed a game, screamed at the refs when they made bad calls, traveled for tournaments, and bit my fingernails down to the nub when my son was in net. Those were good times.

. Here's more about the book:

She's on the run from something ominous in her past and escapes to a new town and a new job as the physical therapist for the U.S. Hockey Team who is preparing for the Olympics.

He’s a veteran hockey player with a secret of his own that threatens his chances at making the final cut for the team.

When she discovers his secret, will she attempt to stand in the way of his childhood dreams? Or will he unwittingly become the new target when her past ultimately catches up with her?

As their attraction for one another grows, danger looms nearby. Jana and Danny must decide what they will risk for the ultimate game of love…

Why Are Men on Ice so Hot? by Kerri Nelson

My recent romantic suspense release from Eternal Press entitled Cross Check My Heart features a professional hockey player named Danny Cipriani. While Danny is very real to me because I created him—in reality he lives only in my mind and my heart.

However, since the book’s release, I’ve received more “love letters” for Danny than you might ever have imagined. Women seem to swoon over the hot bodied ice hero with a heart of gold. So, I started wondering just what is it about men on ice that makes them so hot?

If you think of other “on ice” sports such as figure skating—men just don’t seem to have quite the same appeal to females. Maybe it is the costumes they wear or the cute dance routines that don’t quite get the same response from the fairer sex. Of course, you do have speed skating and Apolo Ohno is quite the lady magnet. Maybe in that case it is the skin tight uniform or the “need for speed”?

But when you think of hockey, most people would agree that images of violence, brute strength, and big bulky uniforms with tons of padding are what spring to mind. So, again, I ask, what is it exactly that attracts women to hockey players? I mean, aren’t we typically opposed to violence? Aren’t women more about talking than about the tossing of gloves and the spouting forth of testosterone based insults?

To answer my own question, I ran a little poll today among romance authors and readers alike. I asked them to tell me why they loved hockey players.

Blogger's note: Had I known about this poll I sure would have voted. Cam Neely of the Boston Bruins could always get my blood pumping.

• Sense of Humor
• Gentle Giants
• Hockey butt rocks!
• Smart
• Down to earth
• Hockey players are sexy!
• HUGE-- much bigger than most people think
• Take their sport seriously
• Sensitive to fans
• Active in their communities
• Perpetual 5 o’clock shadow
• They’re strong & tough
• The drive to play even when injured
• Hockey is fun to watch
• Hockey takes an unbelievable amount of strength and skill
• They’re Bad Boys!
• Big Hearts & Big Sticks!
• Hockey players have endless energy/Tireless (all those early morning practice)
• They have that "guy camaraderie/ brotherhood" thing going on.
• They are reckless; you have to be able to trust your life on a pair of skates!

So there you have it. My recommendation, if you don’t know any real life hockey players…pick up my book and meet Danny and his friends...how could you not want to meet men like these? 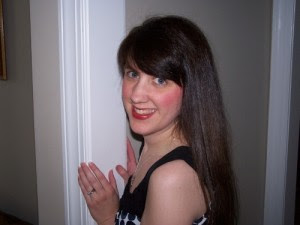 Kerri Nelson has always been passionate about reading books but when she wrote her first poem in the second grade, she discovered her love of writing. At the age of sixteen, she became a columnist for her local newspaper as the high school correspondent for the weekly "Panther Tales" column. She won the Outstanding Young Journalist of the Year Award for her efforts.

After an education and career in the legal field, Kerri began to pen romantic suspense novels with a legal or law enforcement theme. She is a true southern belle and comes complete with her dashing southern gentleman husband and three adorable children. When she’s not reading or writing, you’ll find her baking homemade goodies for her family, feeding her addiction to blogging online or designing custom made book trailers. Kerri is an active member of Romance Writers of America as well as numerous Chapters including Hearts through History, Futuristic Fantasy & Paranormal, and Celtic Hearts Romance Writers.

Read more about Kerri’s books at her website: http://www.kerrinelson.com/

Come out and chat with Kerri at her blog: http://www.kerribookwriter.blogspot.com/

Want to play, learn and compete with other authors in the biz? Visit Kerri’s industry blog here: http://www.thebookboost.blogspot.com/