Hot and Irresistible by Dianne Castell, The Latest in the Savannah Sizzles Series 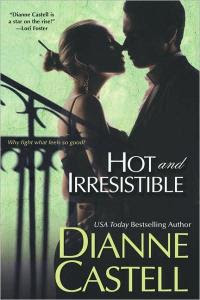 , is the second in her Savannah Sizzles series.

Bebe Fitzpatrick’s hard upbringing taught her how to take care of herself, how to tell true friends from false, and how to be a good cop. She can also sweet-talk a man like she means it…until she stumbles into the arms of a damn sexy Yankee who’s gunning for Savannah ’s favorite shady entrepreneur…

As far as Donovan McCabe is concerned, the main obstacle to his investigation is the one thing he can’t help wanting in his way. Bebe’s smart, sassy, and utterly oblivious to her own appeal. Add the fact that a Boston cop trying to arrest one of Savannah ’s best-loved citizens is about as popular as the reincarnation of General Grant. What Donovan needs is a better game plan. What he’s about to get is southern “hospitality” that’ll make his toes curl…

Next week my second book in my Savannah Sizzles series comes out. This is only a two-book series of four orphaned girls and an old murder that brought them all together.

Hot and Irresistible is Bebe and BrieAnn’s story and the men they fall in love with. Bebe is a detective in Savannah and a friend is accused of an old murder then new murders. Donovan McCabe, a Yank, is called in to solve the case putting Bebe and Donovan on opposite sides of the case during the day but the same side of the bed at night. Bebe was adopted by a woman who hated her...so why did she adopt Bebe? BrieAnn was adopted by a judge and when she falls for Beau who’s father is accused of running an illegal gambling casino, the judge is not happy. What’s Brie to do? The heart wants what the heart wants but she loves her dad.

Prissy is back learning the voodoo ways of her grandmother, well she’s trying to learn the ways. Don’t drink and do voodoo it could be hazardous to your health and those around you. Charlotte is helping her fiancée Griff run Magnolia House and is not a fan of the Donovan McCabe but then even Southern women can be wrong once in a while.

Hot and Irresistible is one of those books of the heart. I love, love, love Savannah. I love the people, the speak, the little bit slower way of life and love. I love the food and going to The Pink House for crab cakes and Savannah Bistro for garlic grits that are to die for. And I love this old city and how it’s been restored. The twenty-one squares with the live oaks and dim lights at night, the cobble stone streets, how the whole city is under a canopy of trees protecting it from the summer sun and I especially love the restored mansions and old houses loaded with history and a few ghosts to make it all so interesting.

Hot and Irresistible is especially a book of the heart as I used my brother as a model for one of the characters. My brother’s name is Ray and he lives in Cleveland so I have a character named Ray Cleveland. He’s sixty-something and a terrific guy and the one accused of the murders that are tearing at the relationship between Bebe and Donovan.

I hope you all enjoy reading Hot and Irresistible as much as I loved writing it. 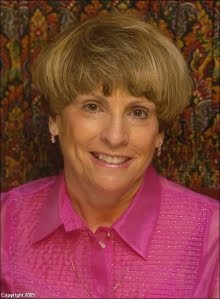 The second book in her Savannah Sizzles series for the BRAVA line, Hot and Irresistible, hits the shelves Nov‘09. Hot and Dangerous is on in May ‘10. Dianne lives in Cincinnati with her two cats and will do just about anything to get out of housework.