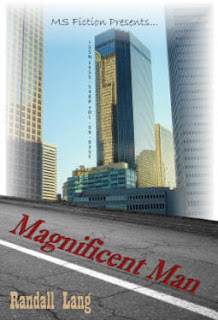 Life has not been easy for former beauty queen Cassandra Taylor. Abandoned by her worthless former husband, she is a single mother struggling to hold a home together for her teen-aged daughter and her mother with health problems. An ad in a Hollywood fan magazine offers her the hope of beginning anew with a more financially secure life and the glamour of Hollywood. She spends her meager savings chasing this dream only to have it dashed by an offer she must refuse. When her car breaks down on a desert highway, it leaves her alone, desperate, and at the mercy of strangers. She is rescued from a life or death encounter by a large, handsome man who rides the desert on a motorcycle. He agrees to take her home, but she is suspicious of him. To her surprise he calls her ‘my lady’ and treats her as if she were a queen and he, her knight escort. It is during this long and convoluted journey of adventure that she finds herself falling deeply in love with Coyote, the spirit rider. Although he resists, he also becomes helplessly in love with her. She quickly comes to realize that she could not survive in the harsh desert world where he is loved and respected, and he could not survive in the modern world that he does not understand and which will not accept his anachronistic ways. They seem doomed, as the sun and the moon, to always be apart even though their love bonds them helplessly to each other. Join Cassandra on the journey of a lifetime with her strange desert knight, her Magnificent Man. 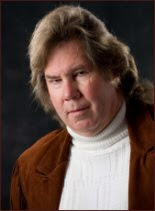 There are those who would say that a (straight) man trying to write romance is like a Martian trying to play the piano. I do not believe that the statement is accurate, but I do acknowledge that the perspective is different. Women, in general, read romance for the distraction and for the emotional exercise. Men, on the other hand, could care less about the emotional exercise and take their distraction from weapons, machinery, exotic settings, and nakedness. The complexity of emotions and the need to use them is one of the basic differences between men and women. By way of example, when composing a document, have you ever used the font color icon to create a different color of text? If you click on that letter 'A' with the black line under it, a bar appears that says 'standard colors' and displays about ten basic colors. These represent a man's emotional range. Now, if you go beyond the 'standard colors' and click 'more colors', there are two pages upon which you can create an infinite variety of tints and shades that vary from the most faint and delicate to the most intense and vivid. These represent a woman's emotional range. It is not my intention to besmirch either men or women, it is just an attempt to explain hormonal biology. Those obvious differences will stand out at front and center when a man writes romance versus when a woman writes romance.

Let me set up a scenario where a hero and a heroine are riding horses across the wide open plains. A woman writer will climb into the hero's head to find that he is intensely attracted to the heroine, finds her to be the only woman in whom he will ever be interested, and that he is mentally planning how he can spirit her away so that together they can build a house by a stream, plant acres of crops, raise herds of livestock, nurture children, and live happily ever after in their little house on the prairie. A male writer, by contrast, will enter the hero's brain and discover that he's thirsty, his ass hurts, and that he thinks she has nice tits. Hardly heroic. So the challenge to the male writer is to put on his 'true love' cap in order to endow our miscreant hero with an uncontrollable passion for our heroine; no small task given the male's internal programming to avoid, at all costs, uncontrollable passion for anything but sports. We must grab our hero and whisk him away from his world of pizza, Monday Night Football, and burping out loud, and deliver him to be 'reconditioned'. As a reward for his attendance at our 'hero boot camp', our hero-in-training will be transformed from an average guy with bad habits, a receding hairline, and limited mating prospects into a tall, handsome, muscular, alpha warrior chick magnet with a deep voice, a full head of flowing wavy hair, and the ability to remove an enemy's head with a broadsword while galloping at full speed on a large white horse. Not a bad deal. The catch is that he must learn that any resistance toward the heroine is futile. He must become completely enchanted by her to the point where her face fills his thoughts and dreams. He must dedicate himself to remembering her eye color, the first place where they kissed, and he must unfailingly remember her and her Mother's birthdays. He must be willing to battle all enemies and to freely surrender his life, should that become necessary, to protect her. Even more importantly, he must give up watching football. She is to become the focal point of his life and his reason for existing. THAT, ladies and gentlemen, is our romance hero from a man's perspective.

Now, if I may pull my tongue from its position deep within my cheek, let me tell you how I wrote MY hero. My book is called Magnificent Man, and my hero is named Coyote. He has most of the usual hero attributes (handsome, muscular, brave, etc.), but he's not really an alpha. In fact, he's a damaged man with a number of limitations. His heroism is not on a grand, world-changing scale, but rather it is the many, many good deeds that he performs on a daily basis that define him. He works quietly below the radar assisting forgotten people in a desolate land and it is those people who acknowledge his heroism and greatness. When my heroine, Cassandra, encounters him, she is confused and uncertain about this very unusual man who bursts into her life. As she comes to know Coyote as a noble and gentle man, she finds herself inescapably drawn to him. Just as he changes Cassandra's life, Coyote increasingly finds himself bound to Cassandra and the fulfillment that she brings to him.

I have regularly used a line to describe Magnificent Man as my attempt to prove that a straight man can write a touching and deeply emotional romance story without turning it into a Chuck Norris movie. I do feel an obligation to inform you, Dear Reader, that there IS a caveat. No matter how hard I struggled, cajoled, begged, pleaded, and threatened, Coyote steadfastly refused to wear a kilt. Sorry. I am,

Your most humble and obedient servant,

You can read an exceprt from Magnificent Man at the publisher's website.
Posted by Cheryl at 8:15 PM